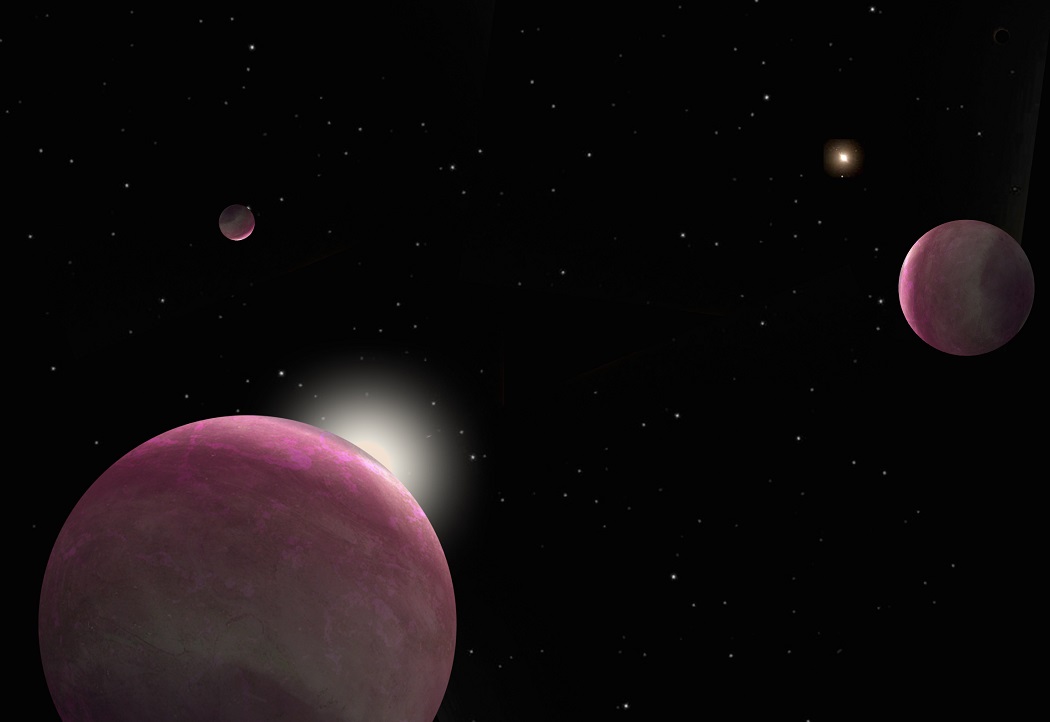 Artist interpretation of a close binary star system in which several planets orbit the brighter star. The fainter companion star looms brightly in the sky (upper right). A recent investigation confirms that the presence of a stellar pair does not interfere in planet formation. The study finds that approximately half of the stars harboring exoplanets are binary. Image credit: Robin Dienel, courtesy of the Carnegie Institution for Science

A new study using Gemini data reveals that the ratio of binary stars in Kepler’s K2 exoplanet host stars is similar to that found elsewhere in our neighborhood of the Milky Way. According to lead author Dr. Rachel Matson of NASA’s Ames Research Center, “While we have known that about 50% of all stars are binary, to confirm a similar ratio in exoplanet host stars helps set some important constraints on the formation of potential exoplanets seen by Kepler.”

Until recently, astronomers generally focused on single exoplanet host stars, believing that planets form primarily around lone stars like our Sun. However, the research led by Matson, who’s team observed 206 star systems, demonstrates that the influence of a neighboring star does not appear to deter planet formation. The presence of a very close neighboring star produces enormous collateral effects on a planetary system, possibly ejecting planets into interstellar space, or gravitationally interfering with their formation and orbits.