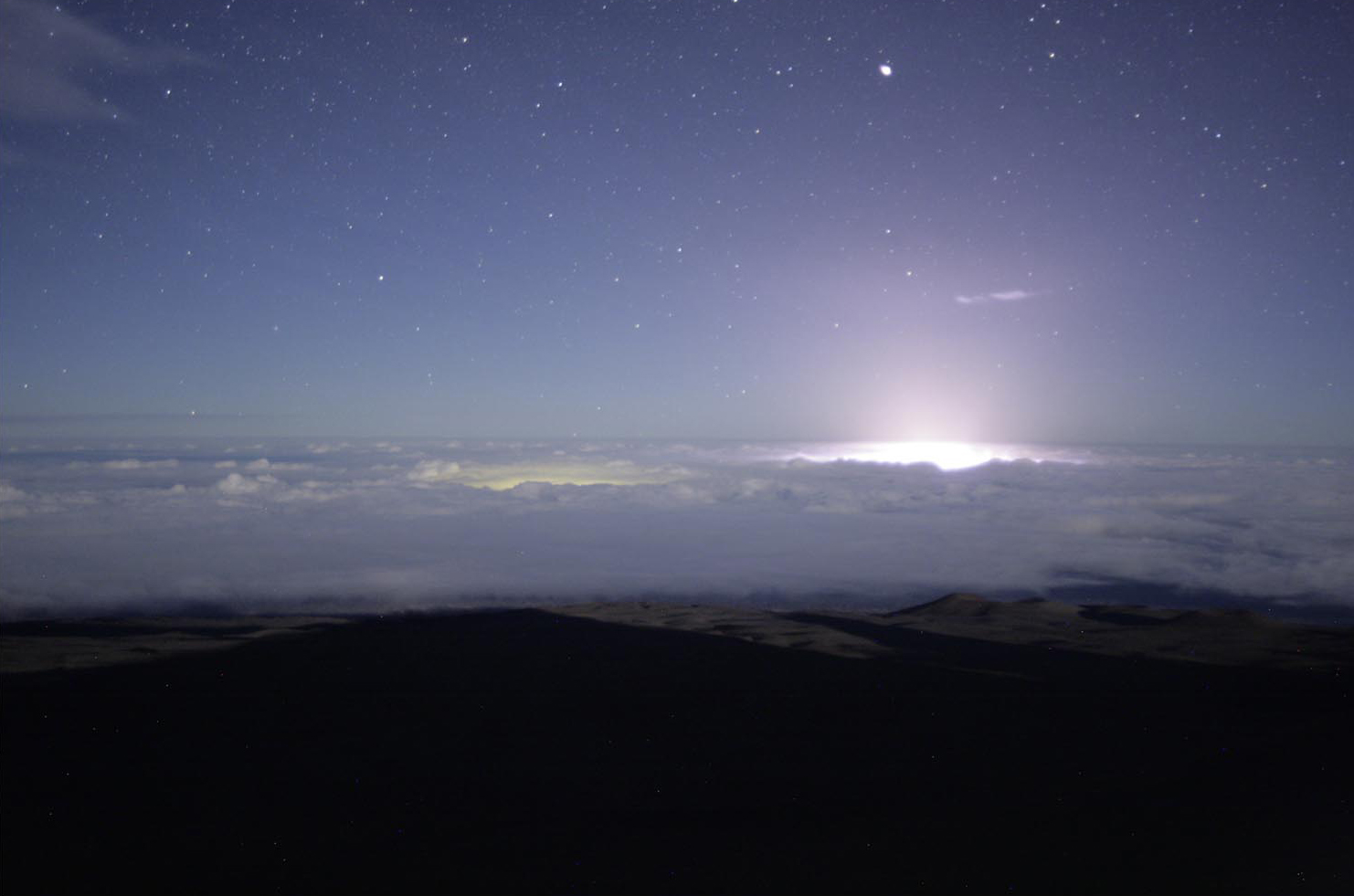 A camera used at the Gemini North telescope to monitor sky conditions from Hawaii’s Maunakea captured a remarkable time-lapse sequence of the Kīlauea volcanic eruption. The sequence shows the glow from an extensive region of fissures over the course of a single night (May 21-22). During the sequence, multiple fissures expelled lava in the area in and around Leilani Estates in the Puna district of the Big Island of Hawai‘i. The lava also flowed into the ocean during the period of the video.

The camera used for the sequence looks eastward toward the town of Hilo (center), which is mostly obscured by clouds. The moon illuminates the landscape early in the sequence. Later, the setting moon (behind the camera) casts shadows of Gemini and several Maunakea observatories as well as a projection of the mountain onto the atmosphere.

The camera used for the video utilizes a wide-angle lens on a relatively ordinary single lens reflex (SLR) camera with its infrared filter removed. This combination causes the volcanic glow to take on a white/blue hue rather than the familiar red color of the lava.