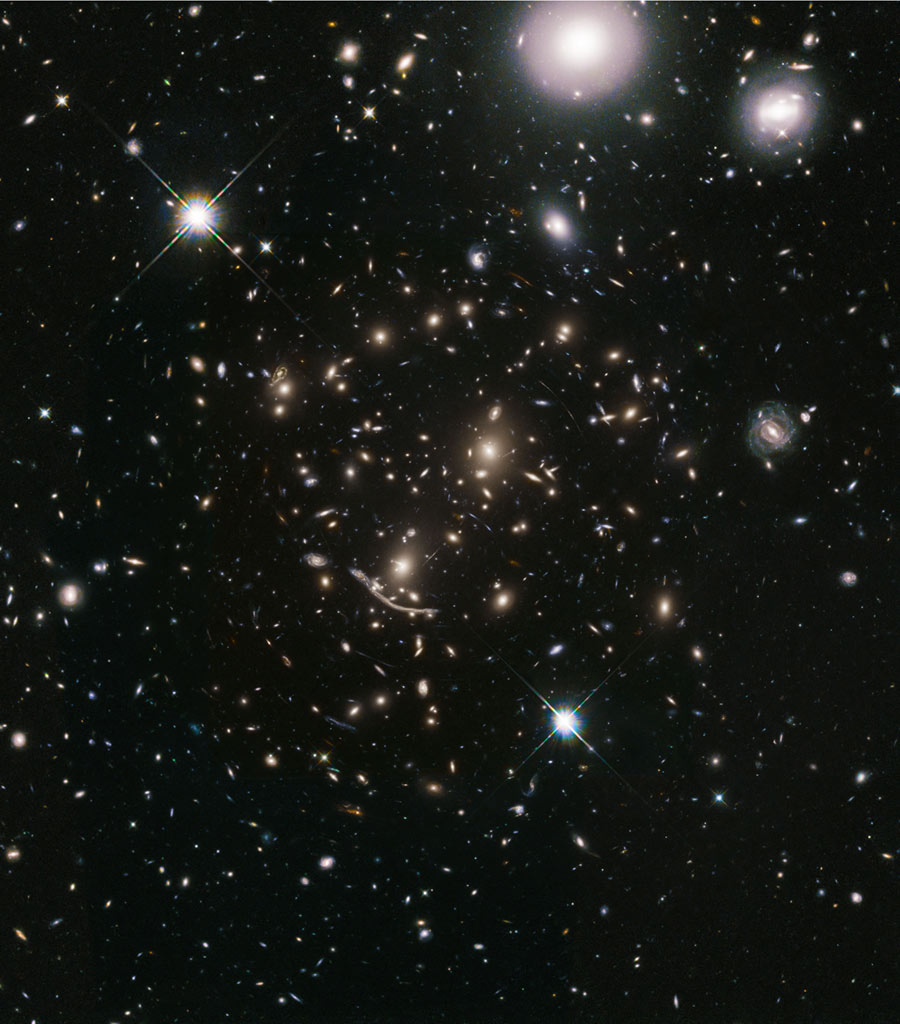 This image shows a massive galaxy cluster embedded in the middle of a field of nearly 8,000 galaxies scattered across space and time. This “galaxies galore” snapshot is from a new Hubble Space Telescope survey to boldly expand its view by significantly enlarging the area covered around huge galaxy clusters previously photographed by Hubble. Credit: NASA, ESA, A. Koekemoer (STScI), M. Jauzac (Durham University), C. Steinhardt (Niels Bohr Institute), and the BUFFALO team

The universe is a big place. The Hubble Space Telescope’s views burrow deep into space and time, but cover an area a fraction the angular size of the full Moon. The challenge is that these “core samples” of the sky may not fully represent the universe at large. This dilemma for cosmologists is called cosmic variance. By expanding the survey area, such uncertainties in the structure of the universe can be reduced.

The six massive clusters were used as “natural telescopes,” to look for amplified images of galaxies and supernovas that are so distant and faint that they could not be photographed by Hubble without the boost of light caused by a phenomenon called gravitational lensing. The clusters’ large masses, mainly composed of dark matter, magnify and distort the light coming from distant background galaxies that otherwise could not be detected. The BUFFALO program is designed to identify galaxies in their earliest stages of formation, less than 800 million years after the big bang.