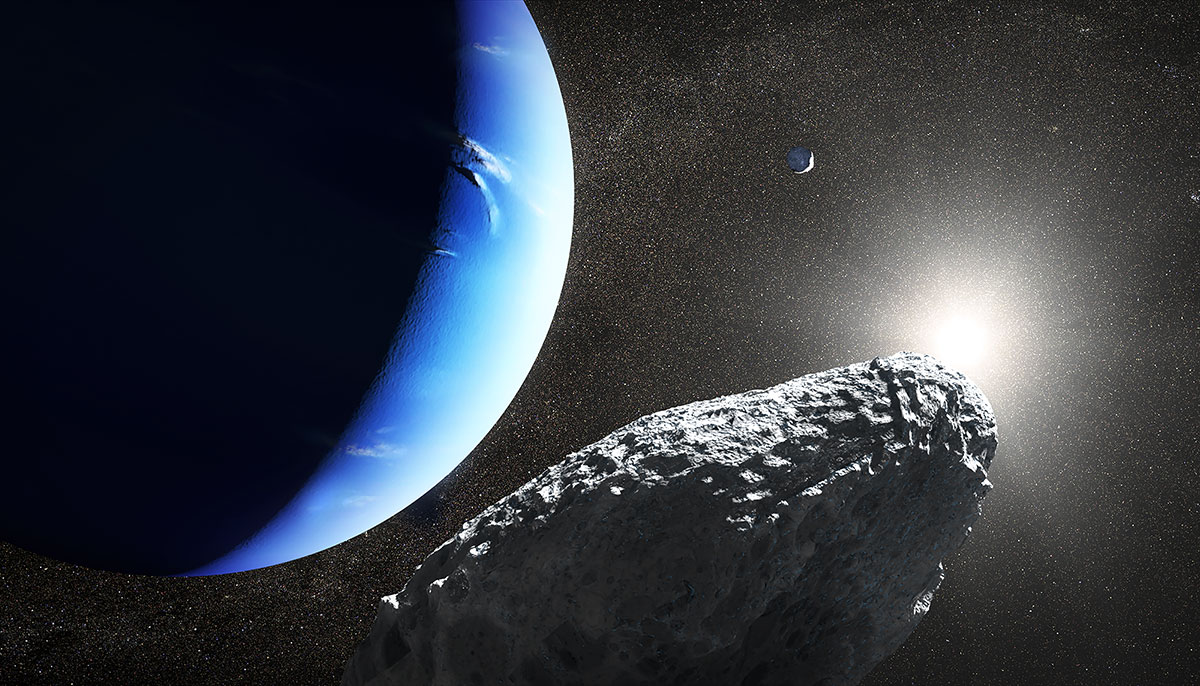 This is an artist’s concept of the tiny moon Hippocamp that was discovered by the Hubble Space Telescope in 2013. Only 20 miles across, it may actually be a broken-off fragment from a much larger neighboring moon, Proteus, seen as a crescent in the background. This is the first evidence for a moon being an offshoot from a comet collision with a much larger parent body. Credit: NASA, ESA, and J. Olmsted (STScI)

Astronomers call it “the moon that shouldn’t be there.”

After several years of analysis, a team of planetary scientists using NASA’s Hubble Space Telescope has at last come up with an explanation for a mysterious moon around Neptune that they discovered with Hubble in 2013.

The tiny moon, named Hippocamp, is unusually close to a much larger Neptunian moon called Proteus. Normally, a moon like Proteus should have gravitationally swept aside or swallowed the smaller moon while clearing out its orbital path.

So why does the tiny moon exist? Hippocamp is likely a chipped-off piece of the larger moon that resulted from a collision with a comet billions of years ago. The diminutive moon, only 20 miles (about 34 kilometers) across, is 1/1000th the mass of Proteus (which is 260 miles [about 418 kilometers] across).

Read the full press release on the Hubble site