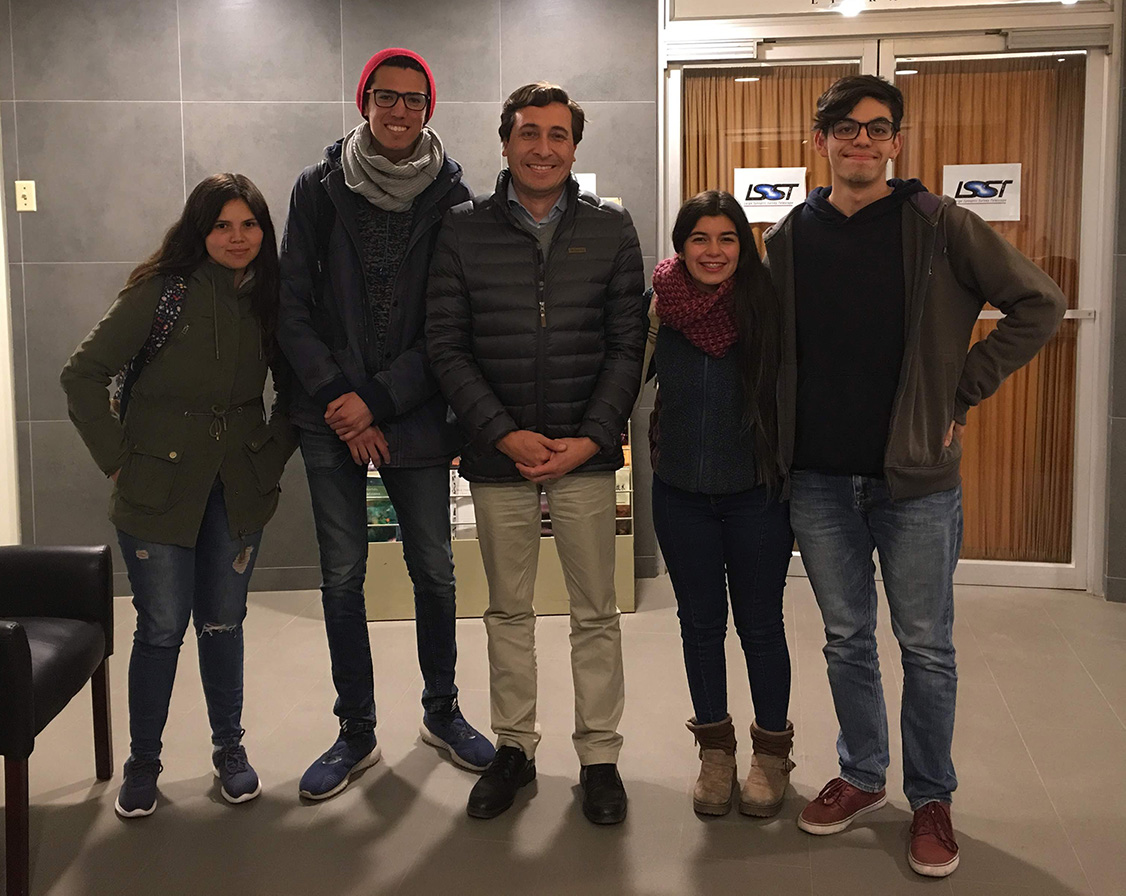 Juan Seguel of CTIO (center) with the University of La Serena students who will be participating in the Eddington Experiment on the summit of Cerro Tololo during the 2 July 2019 Eclipse. Left to right: Ana León, Sebastian Suarez, Juan Seguel, Gabriela Bustos, and Javier Segura.

On 2 July 2019 a total solar eclipse will sweep across the South Pacific Ocean before blocking out the Sun along a narrow swath of Chile and Argentina. This eclipse will pass directly over the National Science Foundation’s Cerro Tololo Inter-American Observatory (CTIO) in Chile. During the brief two-minute window of totality when the Moon completely covers the Sun, a team of astronomers from the National Optical Astronomy Observatory and students from the University of La Serena will be attempting to detect the minute deflection of starlight caused by the Sun’s gravitational field, and recreate an experiment originally done 100 years ago that made Albert Einstein a household name.

Albert Einstein published his General Theory of Relativity in 1915. One of his predictions was that very heavy objects with a lot of mass can bend space. Therefore, the gravity of the Sun would bend the light from stars behind it. Astronomer Arthur Eddington realized that this prediction could be tested during a total solar eclipse, when it is possible to view stars close to the Sun. If Einstein was right, stars that that appeared near an eclipsed Sun in the sky would seem deflected from their normal positions.

The solar eclipse on 29 May 1919 gave Eddington the opportunity to verify this prediction. To improve the chance of success, he assembled two teams to observe the eclipse — one in Africa and another one in South America. The combined data from these two locations confirmed the deflection of starlight and affirmed Einstein’s theory.

Juan Seguel (CTIO), Rob Sparks (NOAO) and four students from the University of La Serena, Gabriela Bustos, Sebastian Suarez, Javier Segura, and Ana León, will plan and execute the observations necessary to recreate the experiment from the summit of CTIO. The team will image the Sun and nearby stars during the solar eclipse on July 2 using an 11″ Celestron Nexstar Telescope with a Hyperstar and a high-speed ZWO camera,. They will take calibration images before and after the eclipse as well as many images during the event to attempt to measure the very small predicted deflection of starlight.