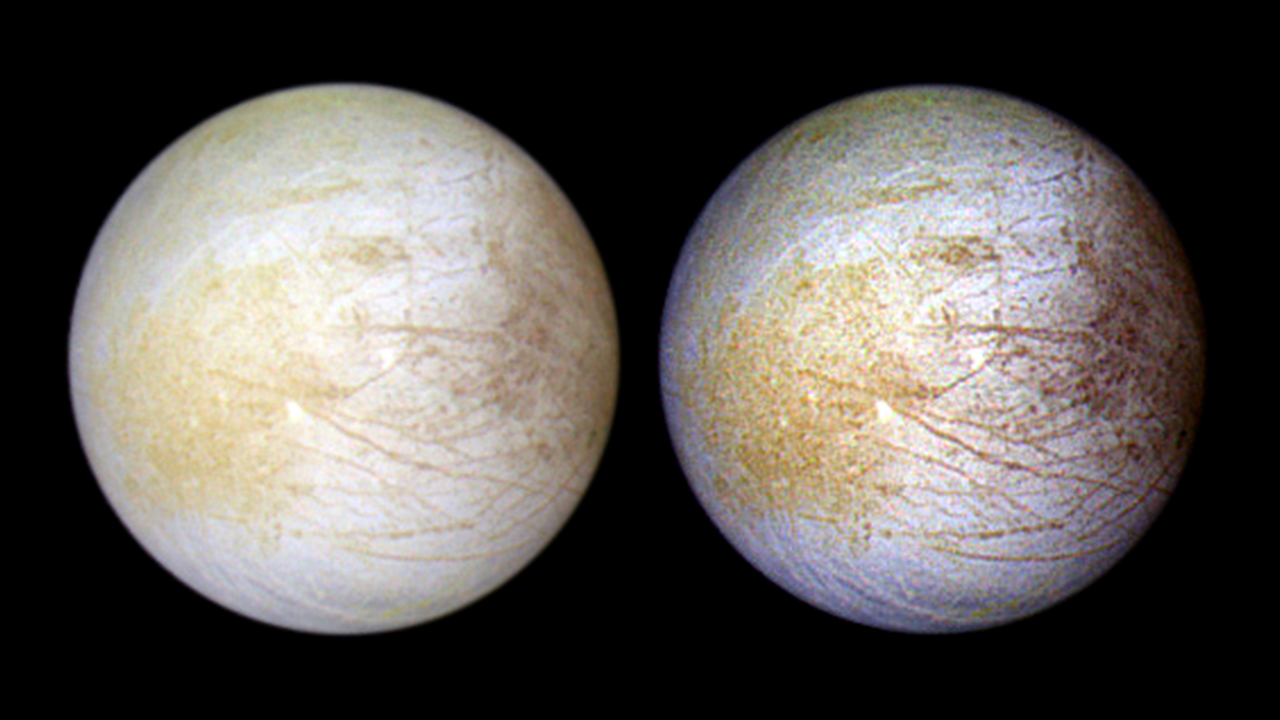 This color composite view combines violet, green, and infrared images of Jupiter’s intriguing moon, Europa, for a view of the moon in natural color (left) and in enhanced color designed to bring out subtle color differences in the surface (right). The bright white and bluish part of Europa’s surface is composed mostly of water ice, with very few non-ice materials. In contrast, the brownish mottled regions on the right side of the image may be covered by hydrated salts and an unknown red component.

Finding common table salt — sodium chloride — on the surface of a moon is more than just a scientific curiosity when that moon is Europa, a potential abode of life.

If the salt came from the briny subsurface ocean of Europa, a satellite of Jupiter, that ocean may chemically resemble Earth’s oceans more than previously thought. Because Europa’s solid, icy crust is geologically young it has been suspected that whatever salts exist on the surface may come from the ocean below, which might host microorganisms.

Using visible-light spectral analysis, planetary scientists at Caltech and NASA’s Jet Propulsion Laboratory discovered that the yellow color visible on portions of the surface of Europa is sodium chloride. They reached this conclusion with spectroscopic data from NASA’s Hubble Space Telescope. Researchers were able to identify a distinct absorption in the visible spectrum which matches how salt would look when irradiated by the Sun.

Tara Regio is the yellowish area to left of center, in this NASA Galileo image of Europa’s surface. This region of geologic chaos is the area researchers identified an abundance of sodium chloride.

The finding was published in Science Advances on June 12.

Read the full release on Hubblesite