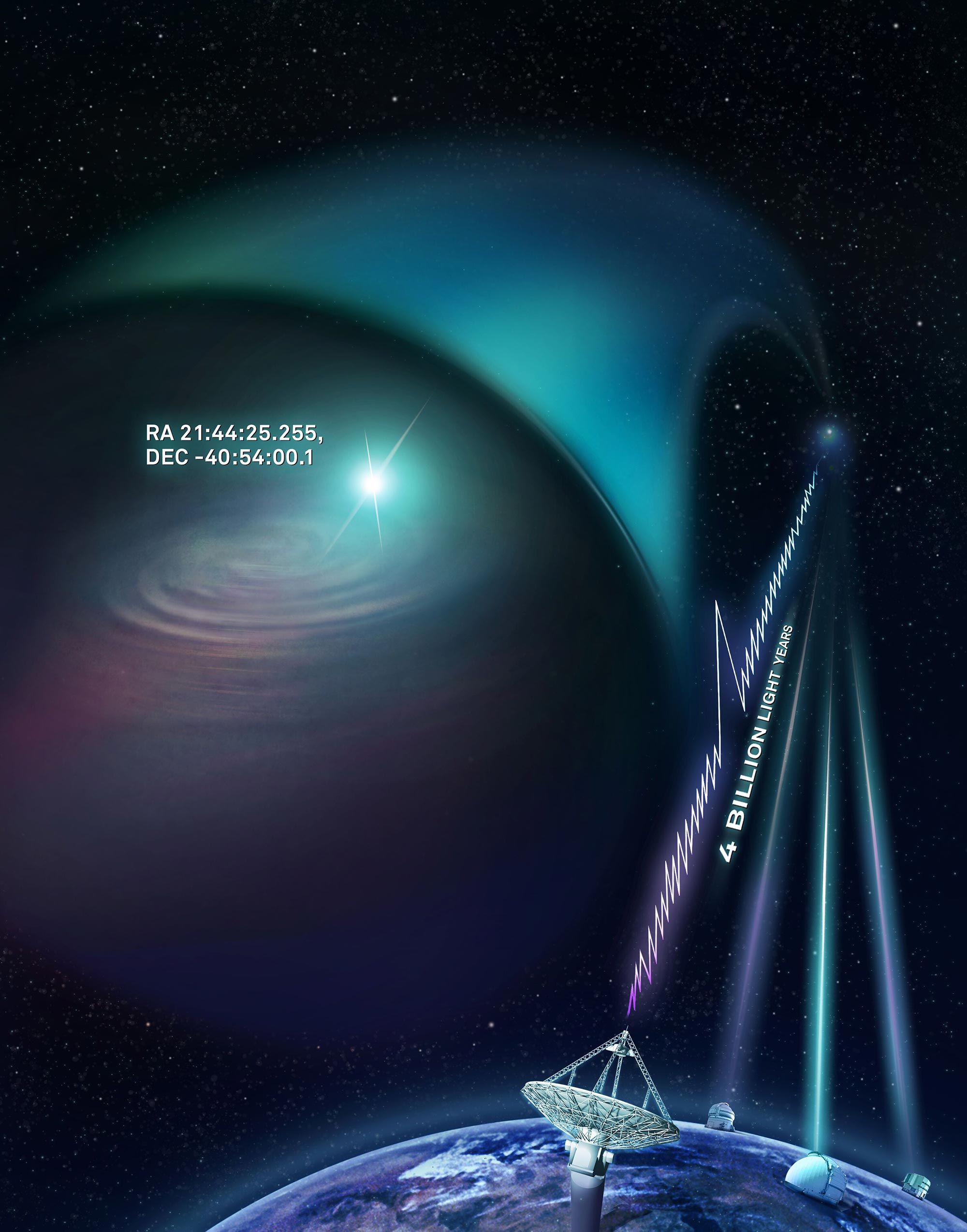 Gemini Observatory provides critical observations that confirm the distance to a mysterious, very short-lived, radio outburst from a galaxy billions of light years away.

An Australian-led team of astronomers using the Gemini South telescope in Chile have successfully confirmed the distance to a galaxy hosting an intense radio burst that flashed only once and lasted but a thousandth of a second. The team made the initial discovery of the fast radio burst (FRB) using the Australian Square Kilometre Array Pathfinder (ASKAP) radio telescope.

The critical Gemini observations were key to verifying that the burst left its host galaxy some 4 billion years ago.

Since the first FRB discovery in 2007, these mysterious objects have played a game of cosmic cat-and-mouse with astronomers — with astronomers as the sharp-eyed cats! Fleeting radio outbursts, lasting about a millisecond (one-thousandth of one second), are difficult to detect, and even more difficult to locate precisely. In this case, the FRB, known as FRB 180924, was a single burst, unlike others that can flash multiple times over an extended period.